Thinking about becoming a freelance writer?

Heard you can make full-time living from this and you want to give it a go yourself?

Not only have I become a sought-after writer, but I own several blogs, including FreelancerFAQs, and I have a successful freelance writing course.

1. You Have to Start at Square One

I know, you just don’t understand.

You’re a journalist; you went to school to study writing and you expect having this background should make it a cinch to land online writing gigs.

You don’t realize that when you began, you had to start from the beginning, just like everyone else did when they started freelance writing.

Instead, you expected to get paid hundreds of dollars a post, when in fact, you need to build up your reputation to earn that type of pay.

When I first started pitching, I quoted $.05/word.

I emailed seasoned freelance writers and asked them about what my rate should be. You know what all of them said to me? Find a rate that you’re comfortable with.

I felt $.05/word a good starting rate, but I actually never landed any gigs at this rate. You know why? Because I knew I had to build a reputation online before anyone would actually pay me to write.

I knew all the guest posting I was doing and the social engagement I was doing on Twitter and on blogs was going to pay off. And it did. My first real paid gig was $.12/word.

So, even though you have experience writing, writing for an online audience is different.

Hustling online is different from hustling in your local town where people know you.

Pitching is a whole new game because you are competing with hundreds of other writers just as capable as you so you have to stand out.

You think you know what it’s all about. You passed English in high school so how hard can it be to write a few blog posts or a press release for a start-up?

You’re the grammar queen (or king) and you don’t need any tool or other person to check your work.

Having this arrogant attitude and hating freelance writing because of what you have to do won’t get you far in your career. Even though you have a firm grasp of the English language, you may be clueless about the online language.

Businesses look for writers that can persuade, engage and capture an audience. Your high school English class probably didn’t teach you about how to do this online.

That’s why it’s important to learn these new skills. For example, I’m learning about copywriting (specifically conversion copywriting) and it’s helped me land my first copywriting client, write my sales page for my course and improve my copy on my professional website.

I want to learn more about digital marketing in general and email marketing and social media marketing in particular. Learning as you’re growing will help you gain success much quicker than if you decided you were above all this.

3. Unwilling to Give it Your All

You only want to dip your toes into freelance writing – make sure this is really what you want. Well, if you’ve been dipping and splashing your way around for six months, you’re gonna fail.

Then you’re going to hate freelance writing and decide never to try it again.

It’s okay to dip your toes to see if freelance writing is for you. If you’re working full-time hours, you can’t dedicate a full day to this.

But, if you don’t give it your absolute all when you are focused and immersed in your freelance writing business, you’re going to drown – feeling it’s too much and feeling like you’re doing this alone.

One thing I quickly learned is, I can tell which freelance writer will succeed and which ones won’t. It’s the can-do attitude.

The extra work you do in the beginning will pay off in the long run. I started freelance writing doing this part-time (I still do, although on some days I work a bit more).

When my children napped, I didn’t toot around social media. I wrote. Nap time meant billable hours for me (because this is the only time I can write).

4. You Quit Too Early in the Game

When things just aren’t happening for you and you don’t know how to turn it around, you just give up. You felt you’ve tried pitching a few times, wrote a guest post once and started a Twitter account (but haven’t tweeted yet), and think that’s enough – you’ve done all you could to land a gig.

To succeed you gotta take action.

You have to put yourself out there.

You have to claim your spot.

You won’t land any clients if you just sit there and wait for them to come to you. This won’t happen right off the bat and actually takes time to build your reputation before that ever happens.

When you realize this, you won’t be deterred when nothing goes your way. You won’t give up when you’ve pitched 20 times and you hear nothing back.

You won’t throw in the towel when a client cuts your content and now you have to start looking for more writing gigs.

No, because you’ll know that some months you’ll have more work than you can handle while other months you need to hit the pavement and pitch.

Don’t Ever Second Guess Yourself

If you’ve thought about it long and hard and made the decision to freelance write, then don’t second guess yourself when times get rough.

You might feel like an impostor when you’re writing, but if it’s one thing I’ve learned, to succeed you have to fake it ’till you make it.

I was told by a client that he thought I’ve been a freelance writer for years based off my blog and online presence. It works!

So, dust yourself off and form a plan. Take action and keep on pitching!

Over to you – why do you think freelance writers fail? 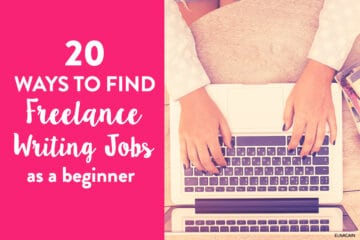 20 Ways to Find Freelance Writing Jobs (As a Beginner)

The Real Reason Why You Can’t Land Freelance Writing Work 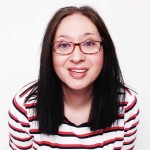